The beautiful Tuscan city of Lucca has one very definite border - the wide fortified wall that surrounds it, still totally intact but now no longer used for defensive purposes. Instead it has been converted to a raised tree-lined circular walkway, 4.5km in circumference, along which the Luccese like to jog, walk their dogs, cycle and socialise, looking either down into the streets of their hometown on one side, or out towards the blue Tuscan hills on the other.

But elsewhere in the city - and on a day-trip to nearby Florence - I was obsessed with photographing unexpected borders. Here are some more: 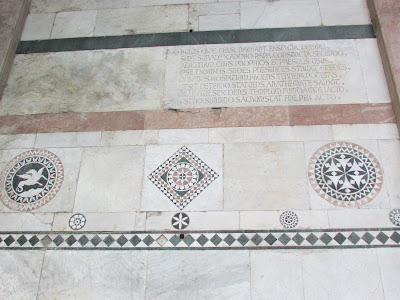 The walls of the Cathedral San Martino in Lucca 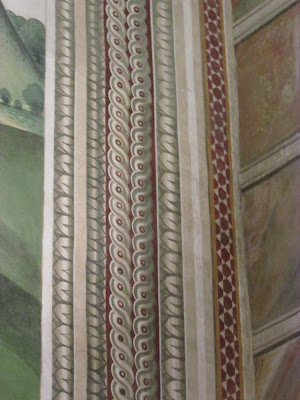 Inside the Basilica of Santa Croce in Florence 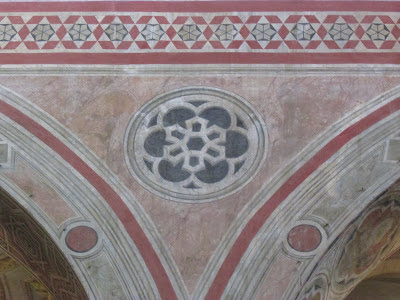 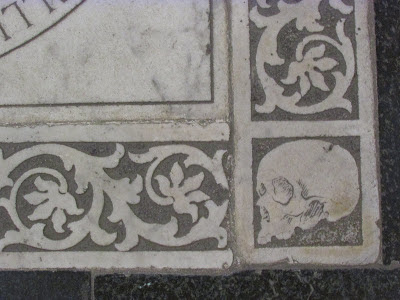 The edge of a floor tomb in Santa Croce - the skull motif is a gentle reminder of what lies within.