MAKE A SIMPLE SLIP COVER FOR AN IPAD AND KEYBOARD

I was already very attached to my ipad, so imagine my excitement on Christmas morning when I opened up a brand new shiny ipad keyboard! It IS a wonder - the ipad sits in this special slot along the top of the keys that holds it at a perfect angle (and there's even a strip of cushioning in there to make it comfy!) And somehow they've managed to fit the full querty keyboard into a very small space - though my touch typing skills are a little challenged as a result. 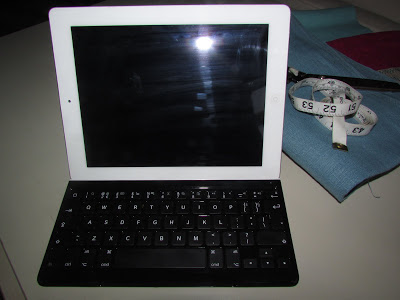 But what's more amazing, when you're done typing for a while, you take the ipad out of the slot, and fold it down towards the keyboard and some magic magnetic mechanism claps the two together and, hey presto! you have a cover. The Logitech keyboard is made of the exact same aluminium as the ipad, so they make perfect partners. 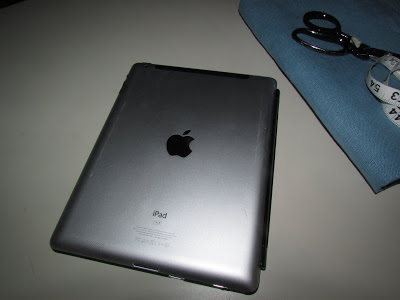 However now, three weeks later, I'm noticing that lovely brushed aluminium is in danger of looking scuffed and scratched due to the fact that me, my ipad and the keyboard are practically inseparable and I take them with me whereever I go. So I decide I'd better make a super quick, super simple slip cover: 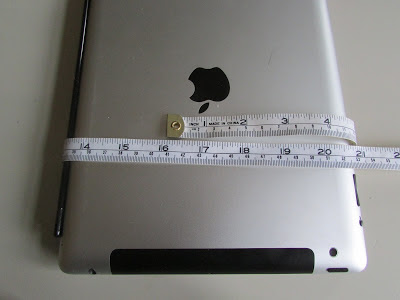 I measure the ipad - with its keypad attached, and pop down to my local haberdashers (love that word!) Raystitch and pick up 1/2 metre of beautiful sea-green felt. 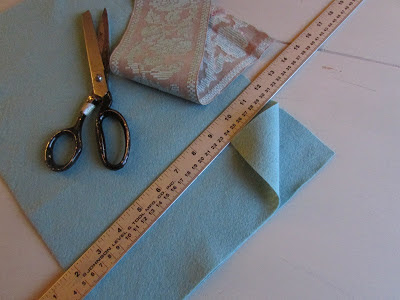 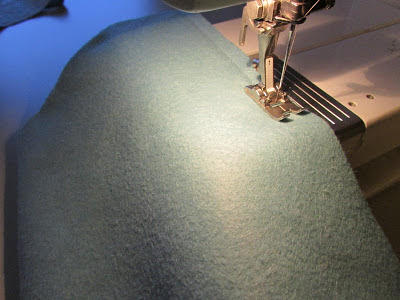 Next, fold the 26 cm sides together and stitch a seam leaving a 1 cm seam allowance. 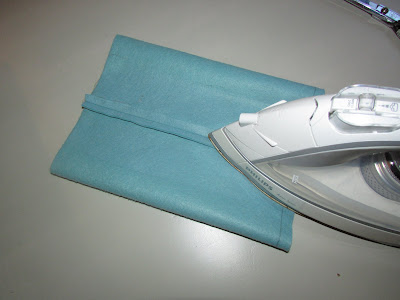 Press open the seam. Leave the seam on the right side of the cover, so that on the inside there is nothing to snag the ipad as it slips in and out. To cover my seam on the right side I'm using a Gina Take a Bow Pixel Rose border that just happens to match perfectly. Pin the braid to the front of the slip cover, folding one edge over the top edge of the cover. Don't worry about the other end because that will get caught into the bottom seam later on. Now you have to stitch down each side of the braid. 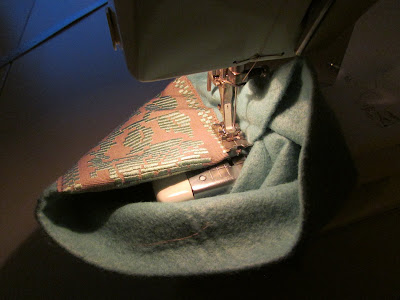 I have to say that this is easier said than done because you've got to scrunch up the felt out of the way of the needle while still stitching the braid on straight - but it is do-able, with a little love and care! 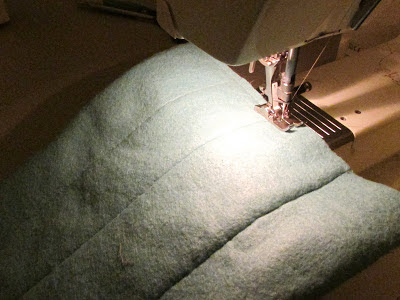 Next turn the whole thing inside out and stitch across the bottom of the cover. Trim the seam up close to the stitches (its felt! Its not going to fray!) and turn it back the right way out. Give it a quick press and there you are, a snug little slip cover for an ipad and logitech keyboard. 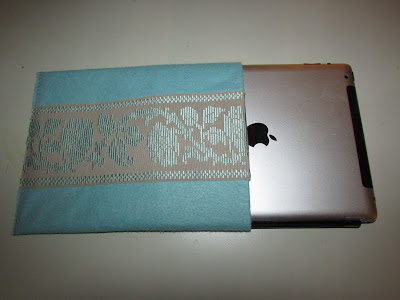 And there'll be no dings or scratches on my brushed aluminium now, by heck! 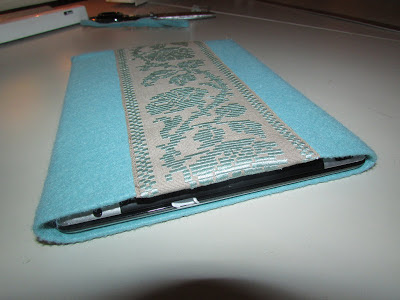