KID'S FABRICS THAT ADULTS WILL LOVE!

I have never been a fan of gender-specific, cutsey kiddie's fabric - just as I've never believed in baby-talk.  The best advice I was ever given in the early years of child-rearing, was 'kid's just want to grow up - so let them do as much as they can themselves, as soon as they can'.

Doesn't mean I don't believe in fun, though.  Kid's just want to have fun - as well as grow up.  With that in mind I've been looking recently for some 'grown-up' kid's fabric.  Stuff you - and the kids - wouldn't mind hanging on to long after they've outgrown the tutu's and playmobil. 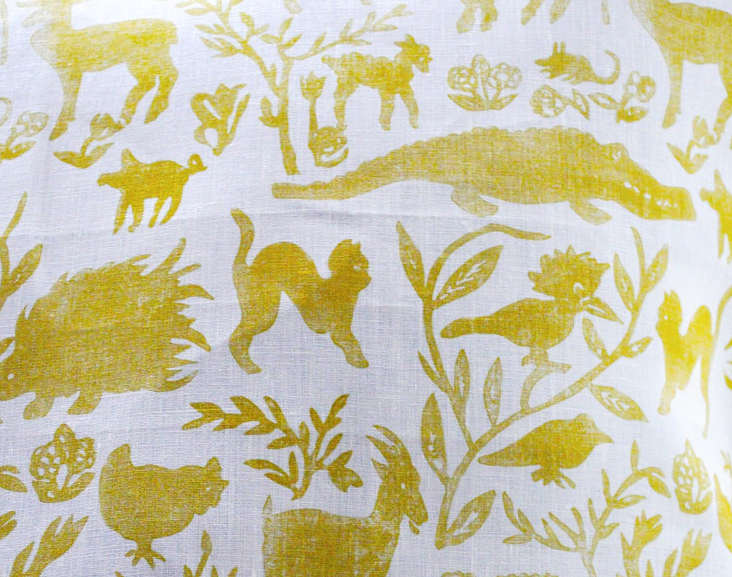 Nursery Yellow is a beautifully distressed print from Flockhart, a fabric company that has revived the 1930's designs of the owner's grandmother, Eileen Guthrie.  Timeless! 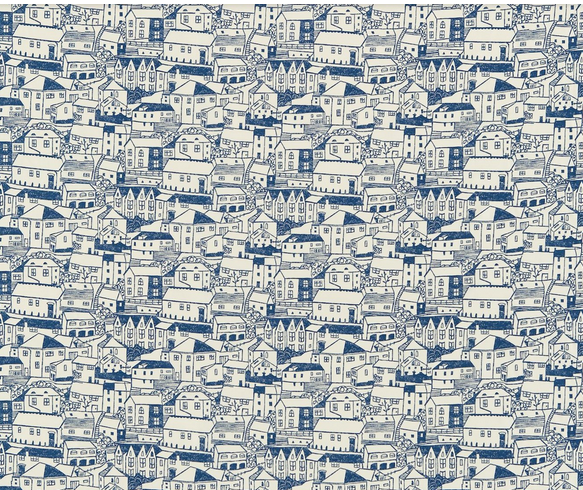 Sanderson's St Ives print is a naive, and yet realistic impression of a huddle of Cornish cottages in the town it is named after. 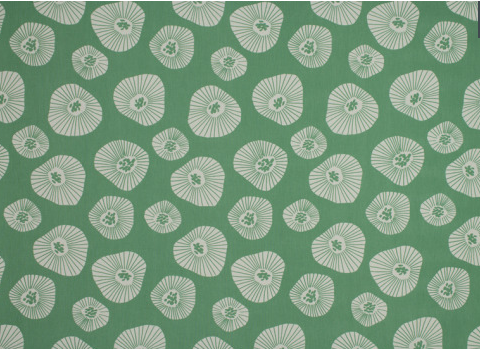 Lotta Jansdotta is a New York based designer who draws on scandi roots to produce clean and bright prints such as this Moira Aqua in her Signature collection for Ashley Wilde. 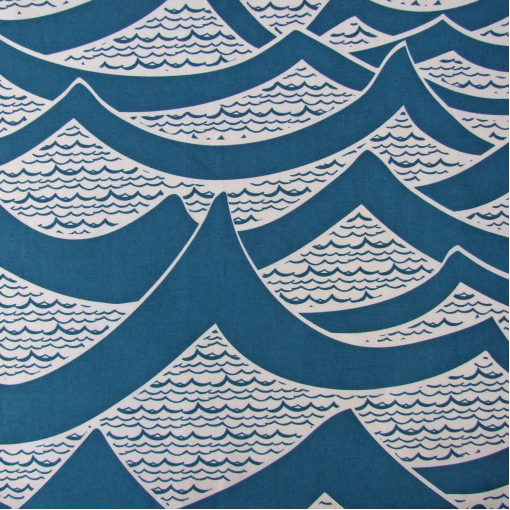 Sarah Waterhouse is based in Sheffield and creats sustainable, eco-friendly prints (with Soil Association approved dyes) that are joyful and colourful.  This one,unsurprisingly, is called Waves. 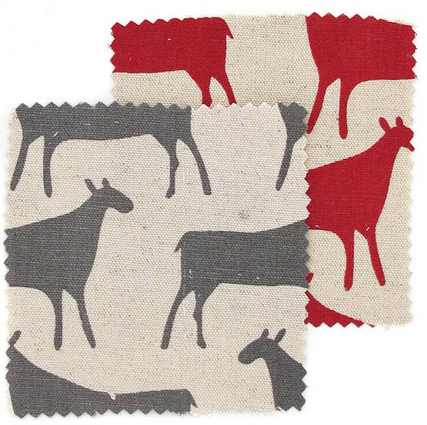 Apart from having a great name, Skinny Laminx is notable for being the outlet for South African based designer Heather Moore's exuberant prints.  Love this one called Herds, based on rock art from caves in the Western Cape. 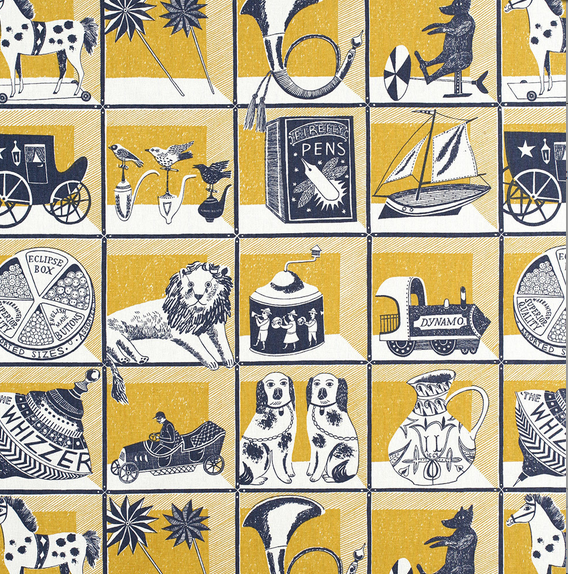 St Jude's produce wonderful fabrics from the work of artist's they admire, including this one called Curiosity Shop by Emily Sutton. Trust Ikea to take fun - and DIY - to the nth degree! This fabric is called Tidny and is designed to be coloured in with permanent fabric markers.
Posted by Unknown at 13:30