During all too brief (and very un-British) steaming tropical heat this week, I made it down to Brick Lane to the Make It British Meet the Manufacturer event. More than just a trade show, this was a networking and sourcing event that shouted out that British manufacturing is indeed open for business and raring to go, at least as far as fashion and textiles are concerned. While the focus was primarily on the fashion industry, one stand caught my eye: MYB.Textiles have been making exquisite lace for interiors and window panels in southwest Scotland for over a century, and are now, despite relentless competition from around the globe, the only manufacturer in the world still using original century-old Nottingham lace looms - albeit now linked to computerised CAD systems. Its a fascinating story and while I won't go into the ups and downs of 150 years of textile history here, I thought I could distill some interesting (and for the most part geographical) facts for you:

1. Nottingham lace is named after the loom, and is not necessarily (in fact, nowadays, not at all) from Nottingham. 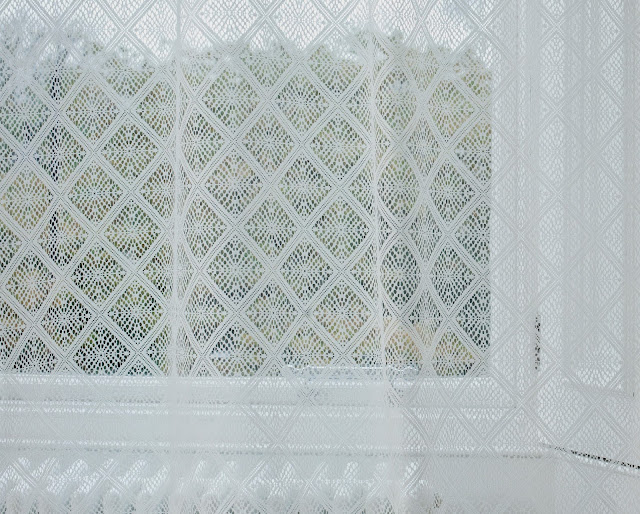 An example of Nottingham lace from MYB textiles.

2. The damp Scottish air is particularly suited to the manufacture of cotton lace - the cotton is soft and relaxed when damp but contracts when dry, tightening up the lacey mesh.

3. Confusingly, the other type of lace for which MYB is renowned, Madras lace, is named after the Indian city where a lot of it was destined to be sold during the height of Empire - not the city of manufacture.

4. Nottingham lace machines are HUGE - some are 12 metres wide and produce lace several panels wide, which are then cut apart.

5. Madras Lace is not strictly speaking a lace, but a fine sheer gauze base through which the design is woven. Long floats of thread are left looping between areas of surface pattern so that when the fabric first emerges from the loom it looks something like a shaggy carpet. It is then put through a clipping machine that lifts the floats with air suction and sheers them away to reveal the beautiful pattern beneath. You can recognise Madras Lace because the sheering process leaves a tiny fuzzy edge around the areas of pattern. 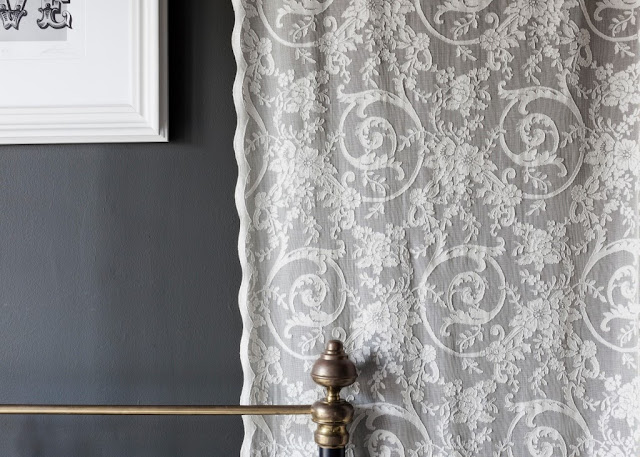 6. With the onset of contemporary minimalist interiors, sales of lace window panels took a hit in the west. So MYB took their wares to Moscow and have developed a loyal Russian following!

7. MYB Textiles have just launched a stunning new collection of contemporary 'lace' that is bound to confound expectations. Without a floral motif in sight, these geometric wide-width sheers are dyed in strong modish shades of slate, charcoal and navy. 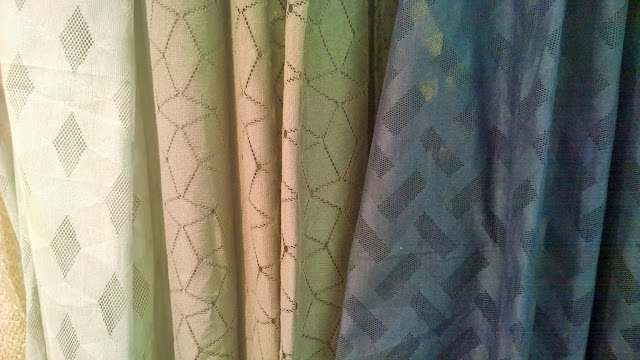