I went along with the crowd to Syon Park in west London the other day to whizz around the exhibits at London's largest interiors trade show: Decorex 2014. Housed in the most enormous tent, thinly disguised on the outside with wraparound landscape, once you were inside, you totally forgot the transient nature of the building amongst the lavish extravagance of the 300-odd stands. This years theme was based on Hogarth's Rake's Progress - and I can tell you I felt a little rakey myself after a few caffeine-free hours as the show's catering concerns seemed to be buckling under opening day strain and the cafe queues were too long to contemplate. Having said that, the show seemed bigger, brighter and better than previous years, and I was soon enthralled by the wonderful fabrics on display.

Here is my initial edit:

Created on a handloom in Guatamala, this traditional weaving technique is given a contemporary twist by London interiors brand, A RUM FELLOW. 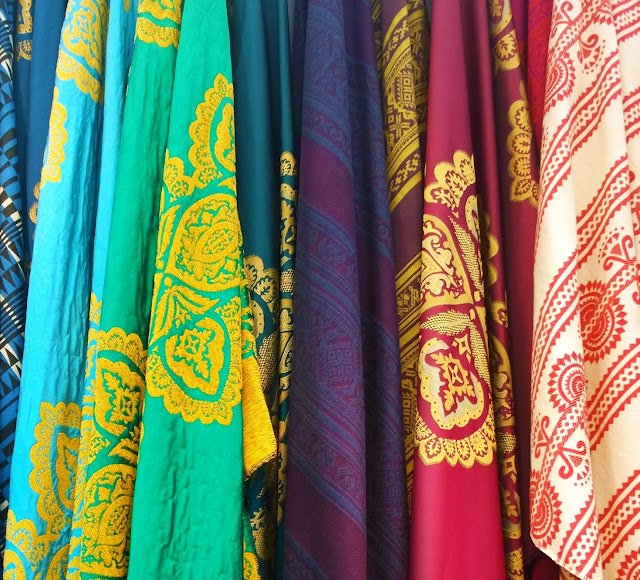 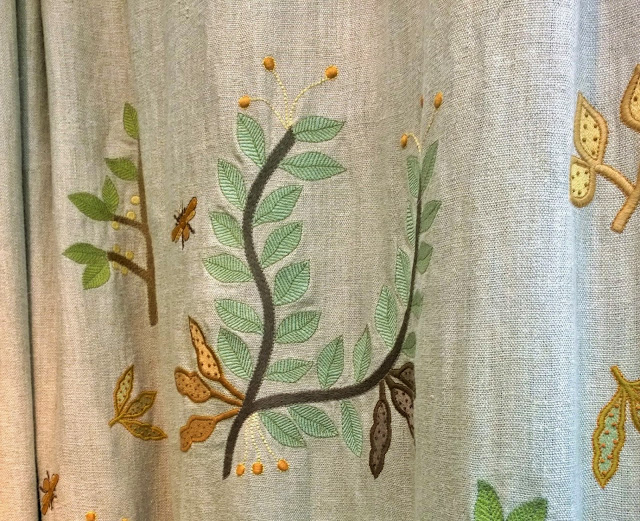 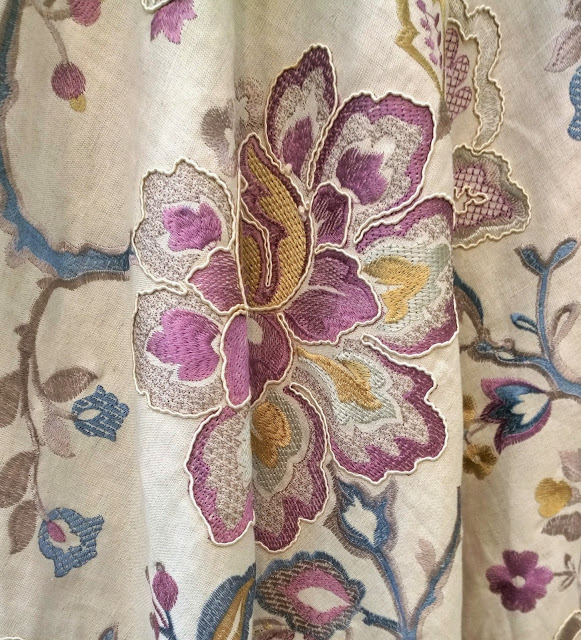 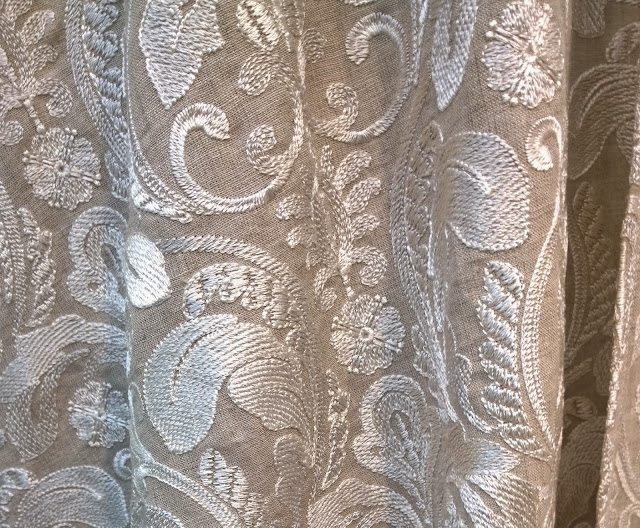 Two wonderful embroidered fabrics from SANDERSONS Fabienne range based on 18th and 19th century documents in their archive. 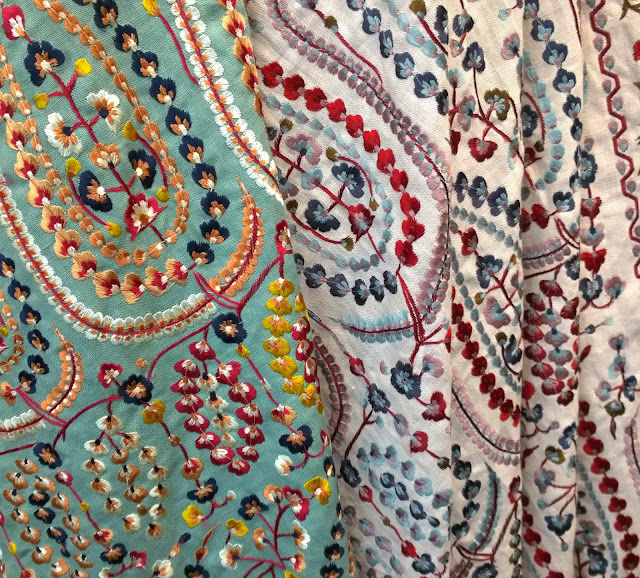 This is a ZOFFANY embroidered linen called Jayshree that is almost an exact replica of a Kashmiri paisley document.

Soak up the luxe for now and I'll post some more Decorex fabrics in the next few days.
Posted by Unknown at 15:00