THE ALJUNIEDS OF ARAB STREET

When I was growing up in Singapore, my mother - who was a woman of quite some style - would always swear that the best place in all the city to buy batik cloth was Aljunieds of Arab Street. 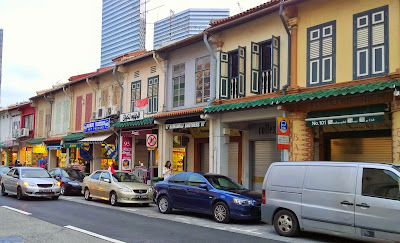 So while back in the southeast asian mega-city that is Singapore today, I made a bee-line for Arab Street, and was delighted to discover that unlike much else in the city, this thoroughfare of bustling traditional shophouses filled with luscious silks, laces, embroideries and batiks, was almost totally unchanged. For a textile-buff like me it was a walk down a road to heaven right here on earth!

Half way along the street, imagine my excitement to find that Aljunied was still there: a brightly lit emporium filled to the brim with multi-coloured and intricate Indonesian batiks and painstakingly embroidered kebayas. Batik is the name given to a centuries-old wax-resist method for decorating cloth, used to wind around the body as a kain (or sarong) while a kebaya is the long-sleeved fitted and flared blouse, possibly adapted from 16th century European dress, which when worn together become the traditional Malay sartorial combo, the Sarong Kebaya. 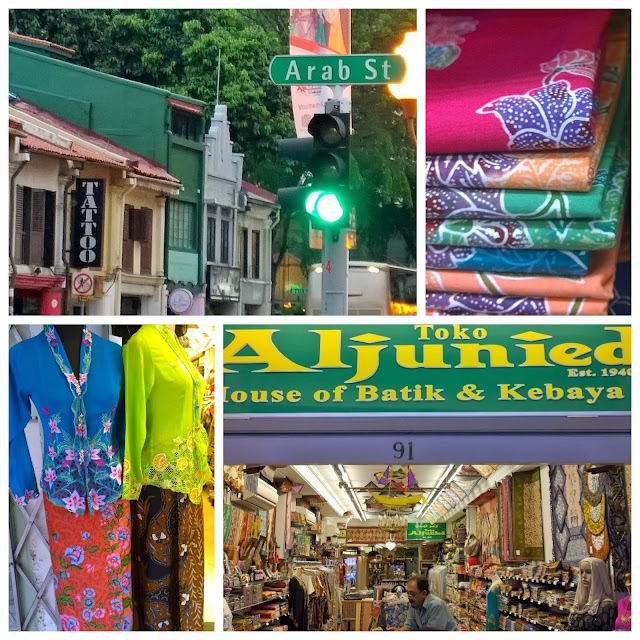 I should not have been surprised to find Toko Aljunied (toko is Indonesian for shop or store) still at home in modern Singapore. Behind the shopfront lies a long and fascinating history, proudly related to me by the current members of the family minding the shop on the day I visited. The Aljunieds, I was told, were originally spice merchants from the Yemen in the Middle East who settled first in Palembang in Sumatra but, by the early 1800's, had moved to the newly-founded free-port of Singapore. There they acquired land and built a successful trading business and the family became generous benefactors to the flourishing city around them. The area in which they settled and owned land grew to be a bustling business area with street names like Kandahar and Muscat and Bagdhad that clearly attest to old trading ties with the Middle East.

One part of the Aljunied business became the importation of cotton cloth from England to supply the batik industry of Indonesia. The little shop in Arab Street, founded just before the war, was a natural extension of that trade: bringing their own branded Aljunied batik back to sell to the cosmopolitan city that had grown up around them. Which is just a few years before my mother would have stepped into their shop and revelled in the complex colours and patterns and the waxy smell that is the hallmark of an authentic batik. 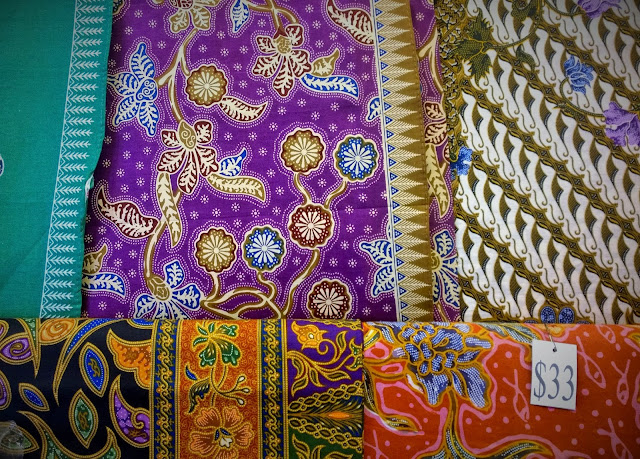 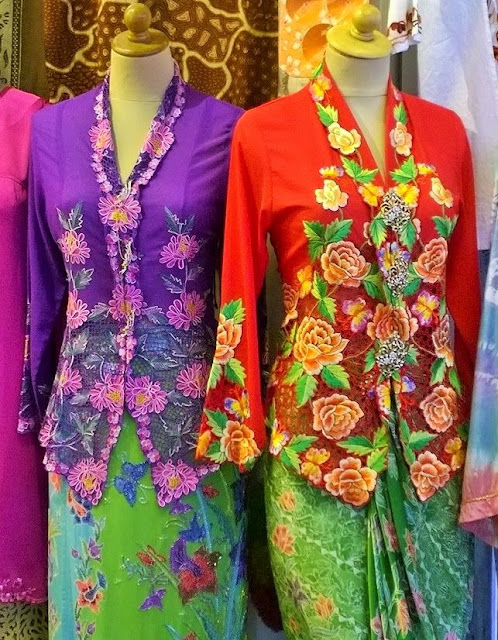 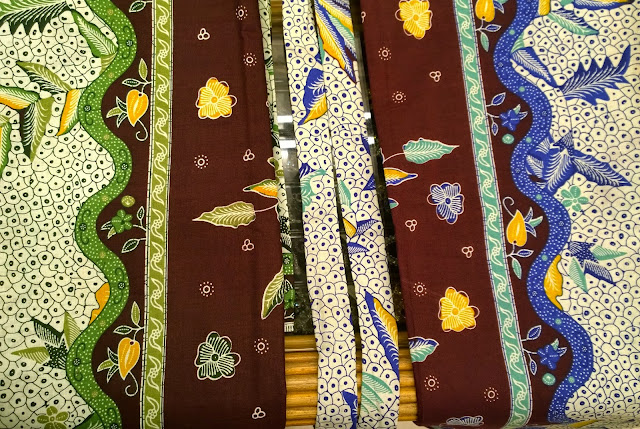 And so ends another tale of textiles and trade that wrapped itself half way around the world long before the term globalisation had become the buzzword it is today.