As I've already mentioned, I spent sometime in Singapore this August.  In Chinese culture, August is the month of the Hungry Ghost, when it is believed spirits of ones ancestors return to visit the living. Elaborate feasts are prepared and served to empty seats at the family table and offerings of food and joss are made at altars throughout the city.  To me, it seemed an appropriate time of year to be re-visiting the place of my birth as I was there to attend an exhibition commemorating my father's work and I could feel his hungry ghost everywhere I went! 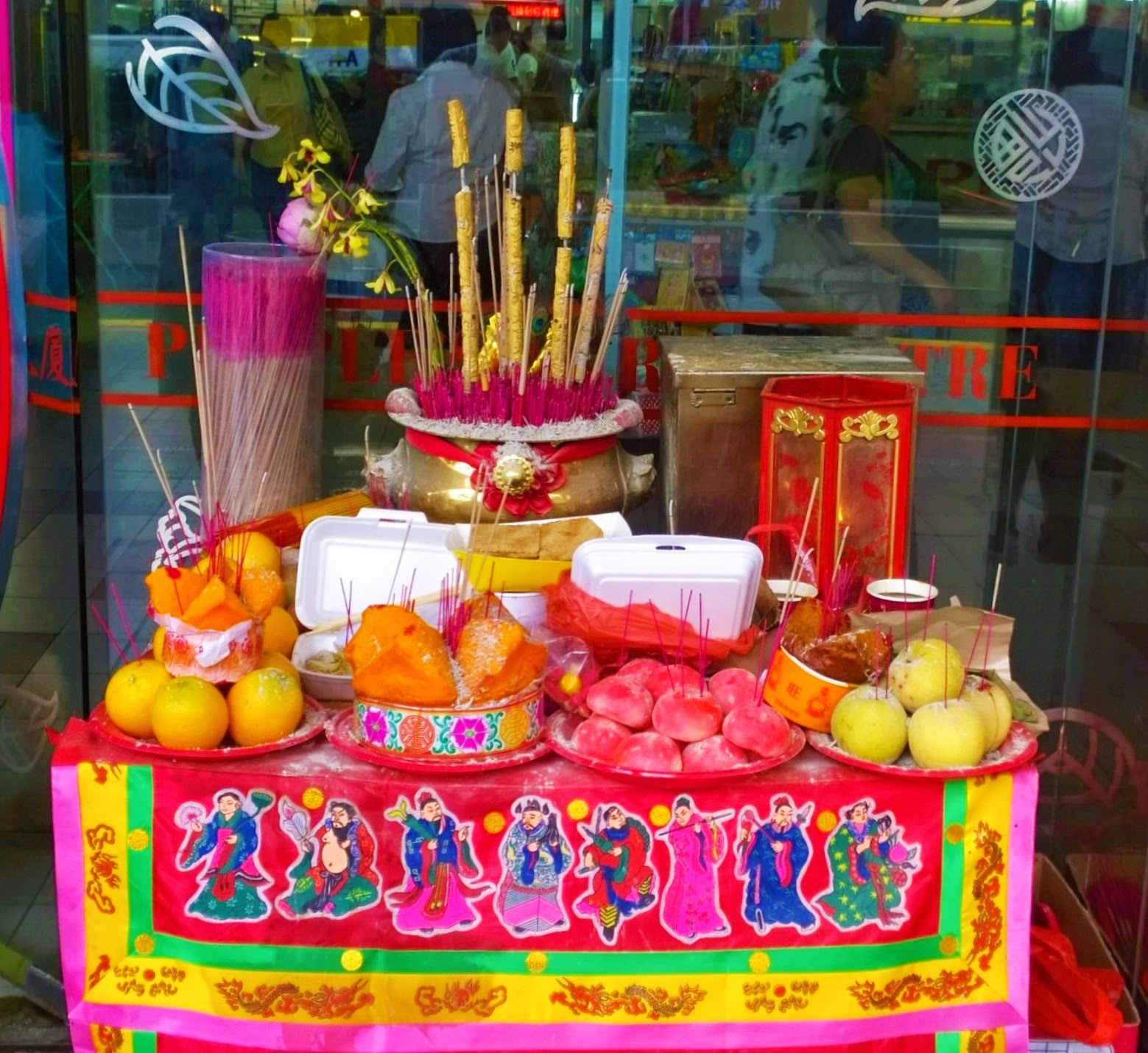 A Hungry Ghost alter outside a Chinatown shopping centre in downtown Singapore.

Now its October and the run up to Halloween - a festival I have never enjoyed.  Call me killjoy, but I don't relish the doorstepping rituals of badly dressed children who I don't know, extorting favours from me that will only rot their teeth.  And, on a wider note, I don't like the way it shrouds death in all that spooky scary nonsense of spiderwebs, witches and skeletons!  Give me a clear-cut
hungry ghost who'll sit down to a slap up meal at my dinner table and give me an excuse to remember times past any day of the year.

So some bells went off in my head recently while reading about the Mexican Day of the Dead - or Dia de los Muertos - a festival that dates back 3000 years to the Aztecs, where they too believe that the dead come back home to visit and everyone celebrates with dancing, music, flowers and food.  Sounds a lot like the Hungry Ghost festival if you ask me!  And guess what? In earlier times the festival used to take up a whole month - the month of August - even more similarities with China! When the Spanish conquered Mexico, they tried to stamp out the Day of the Dead, and when that didn't work, they shifted the date so that it segued into the Christian Halloween and All Souls Day!

All of this preamble is really just an excuse to showcase some astounding fabrics with Mexican Day of the Dead themes.  They are designed and printed in California by Henry Alexander and are sold online over here by Fancy Moon. 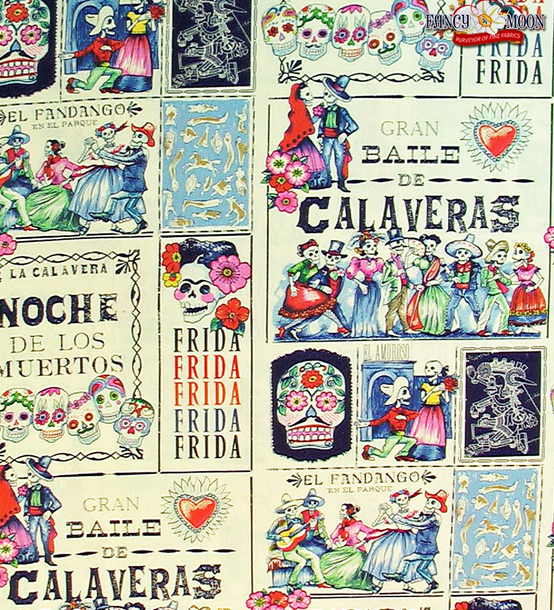 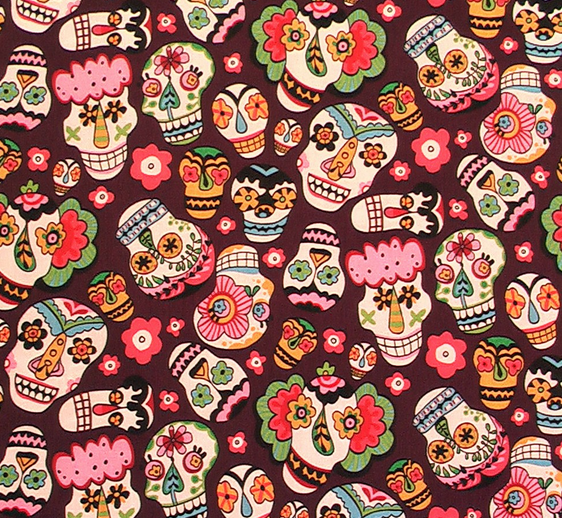 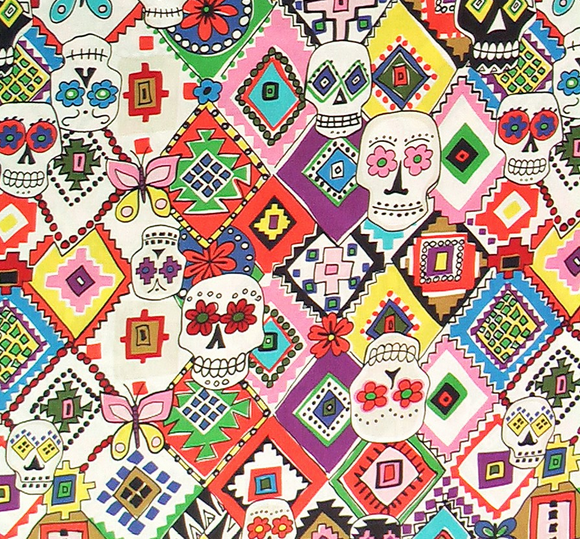 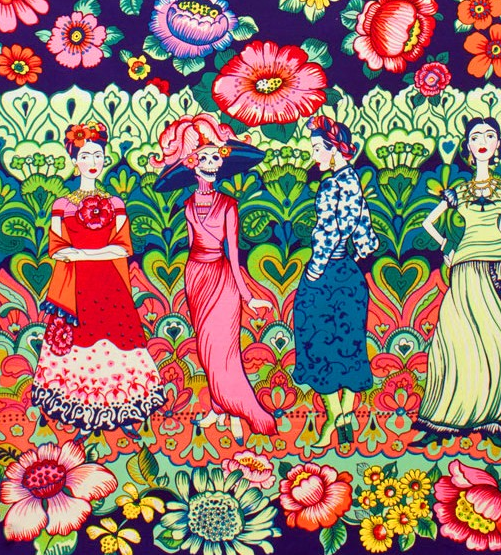 A word of warning to all the makers out there : these fabrics are only 44" - or 112 cms wide so in most cases you need to allow for more fabric than normal, or use plain borders to extend the width of the fabric (and to be honest, with such busy designs on quite thin fabric, borders can be useful in another way - to add definition and lend support).  Below is an image of a blind I made using Fancy Moon's Baile de Cavaleros - heavily lined and interlined, with a dark dark navy linen border to frame it - it hangs over a desk in a study and I'm sure its subject-matter improves the clarity and spirit of the work that takes place beneath it! 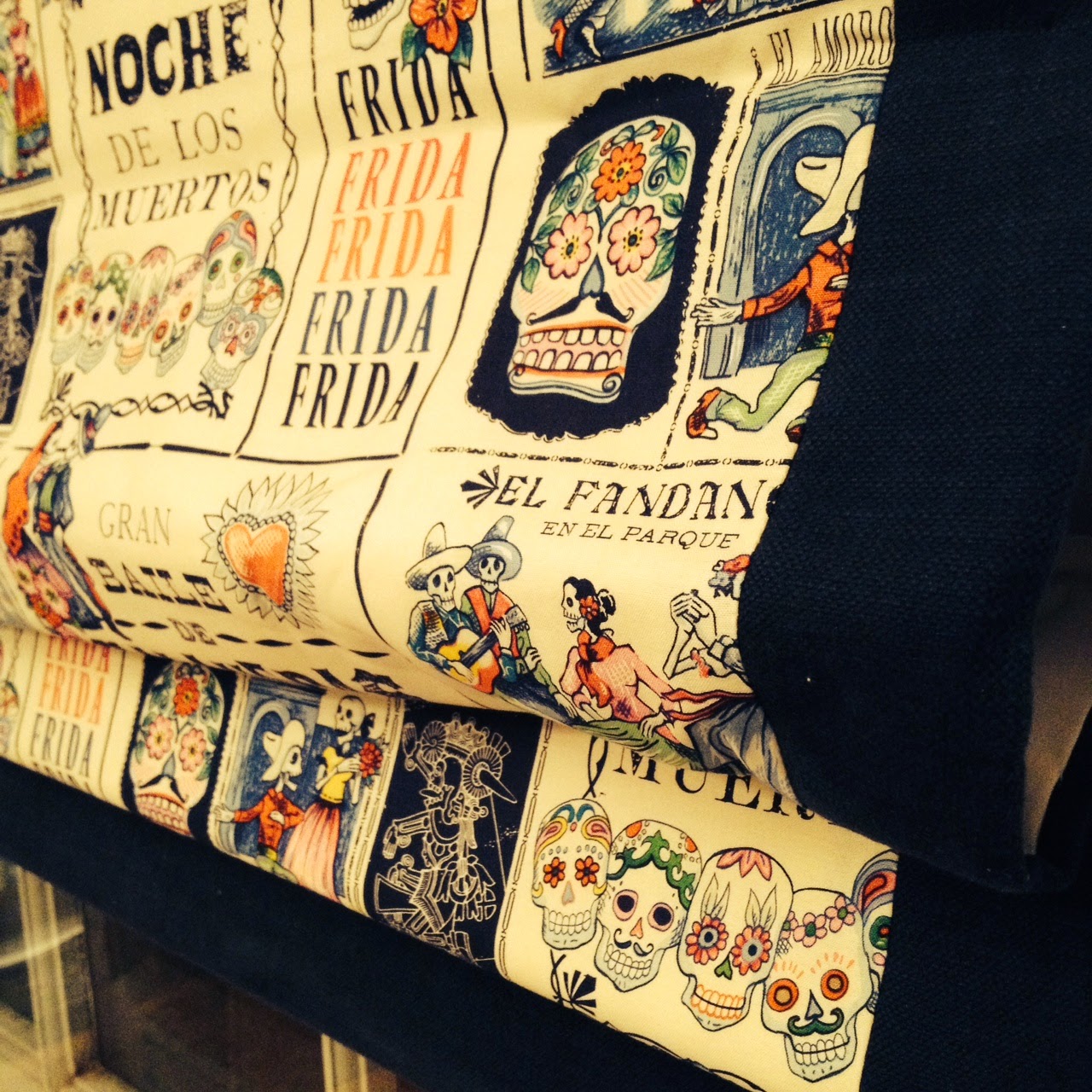