RAGE RAGE AGAINST THE DYING OF THE LIGHT!

With apologies to the genius that was Dylan Thomas, I'm not about to discuss poetry or death...but only the depressing annual ritual we call 'Putting the clocks back'.  Daylight Savings Time was first introduced nearly 100 years ago, during the 1st World War in an effort to improve the war effort and save resources.  Nowadays campaigners are using the same arguments to suggest that we would be better off extending DST, or British Summer Time, throughout the year - withstanding darker winter mornings in favour of longer afternoons.  I have to say that idea definitely gets my vote - I find the drawing in of winter nights at and before teatime, intensely dreary and depressing, whereas dark mornings are easier to bear - after all, things will only get lighter as the morning progresses, won't they?

So as the dimming of the day began soon after 5 pm yesterday, and my spirits sank, I tried to distract myself by looking for sunnier textiles.

Here's what I found: 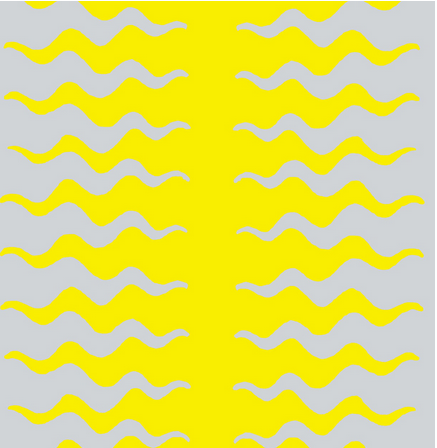 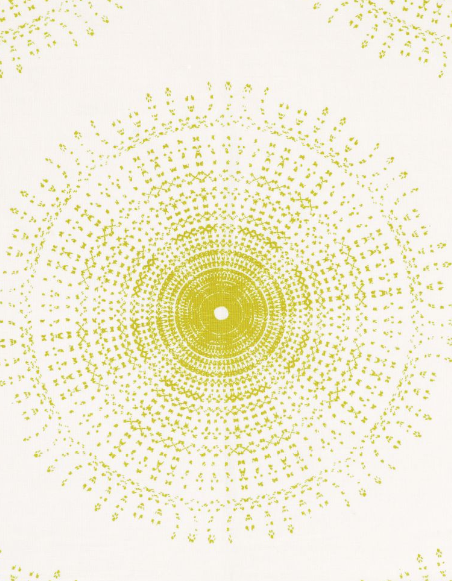 Schumacher's bold but delicate Sundial in Chartreuse, printed on cotton and linen 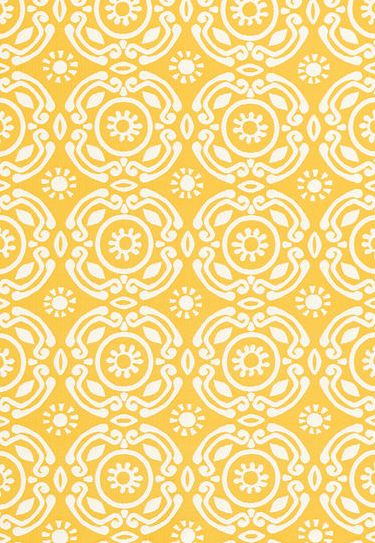 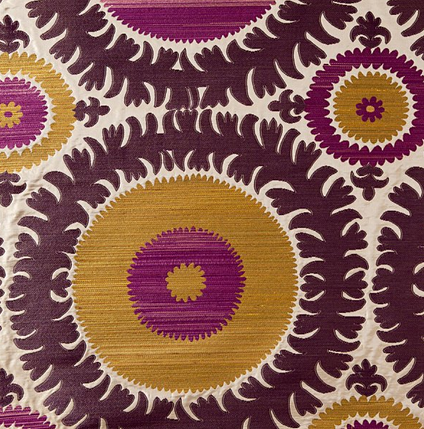 Donghia's large scale Suzani is a woven interpretation of the embroidered tribal fabrics of Central Asia where sun motifs are widely used. 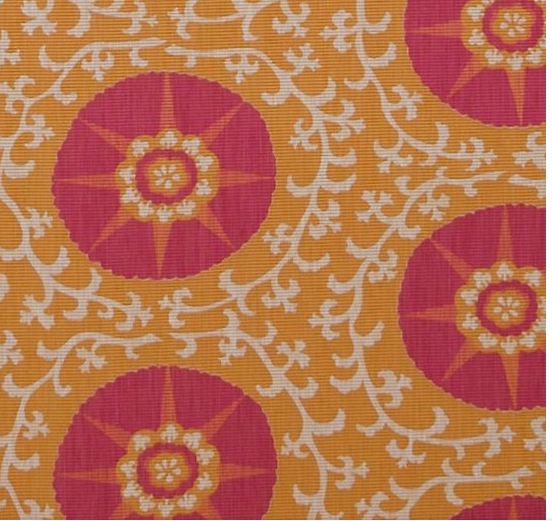 here is another printed take on the suzani tradition, this time by Sanderson's, called Kayseri.

Putting these fabrics together has definitely put me in a sunnier disposition - I hope they do the same for you!  And if you share my dread of darkening evenings, throw some weight behind the 10:10 Lighter Later campaign
Posted by Unknown at 14:33